The Swedish Embassy in Madrid, Business Sweden, the Community of Madrid and MWCC present the conference “Innovation, circularity and urban sustainability: a collaboration between Sweden and Spain” 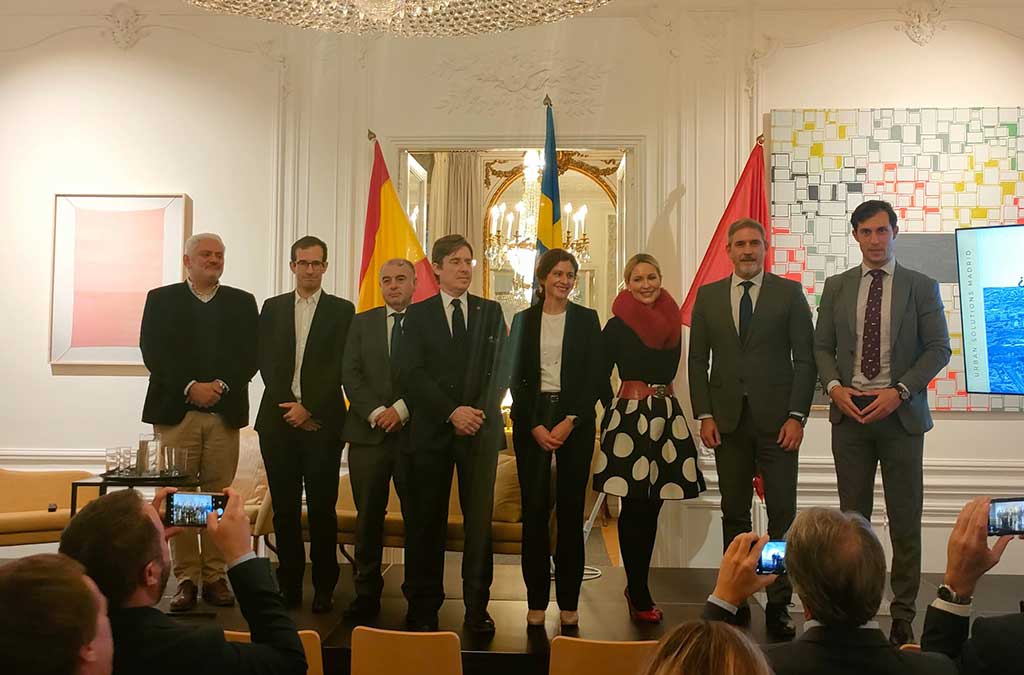 The Swedish Embassy in Madrid, Business Sweden, the Community of Madrid and MWCC have developed the business meeting “innovation, circularity and urban sustainability: a collaboration between Sweden and Spain”. A day that has had the objective of promoting Swedish-Spanish business collaboration in discussions focused on the vision of the Madrid Nuevo Norte project and its allied Spanish companies.

During the business meeting, different visions, experiences and business success stories were presented between Spanish and Swedish corporations, with a notable interest in urban solutions. The event included the institutional opening of Teppo Tauriainen, Ambassador of Sweden in Spain; Samira Grylin-Allalou, Commercial Counselor of Sweden in Spain and Paloma Martín Martín, Minister of the Environment, Housing and Agriculture of the Community of Madrid. Next, Jose Luis Moreno, Director of the Madrid Nuevo Norte Office, Community of Madrid, and Miguel Hernández, Strategy Director of Crea Madrid Nuevo Norte explained the Madrid Nuevo Norte project.

With this type of initiative, international connection between companies is made possible, the development of projects that promote public-private collaboration and the attraction of investment to the Madrid region. In the words of the Swedish Ambassador, “we are faced with a unique opportunity to contribute innovation on the part of the Swedish business ecosystem” and the Swedish Commercial Counsellor, “public-private collaboration will be essential in the development of the project and we believe that Swedish companies They have a lot to contribute.” For the Minister of the Environment, Housing and Agriculture “Sweden’s vision and good practices, as a pioneering nation in the transition towards a green economy, are of great relevance for the regional government”. For this reason, he has highlighted “the open character and our willingness to attract their talent and experience which, together with the competitiveness in Spanish architecture, engineering and construction, constitute an unbeatable combination to place urban planning in the region at the forefront of innovation ”.

For David Garcia Nuñez, President of the MWCC, “collaboration with Swedish companies and the Innovation Lab will add value to the Madrid Nuevo Norte project as well as to other urban developments to be carried out in Madrid. The internalization of the projects allows the creation of a business ecosystem in which very positive synergies will be established between different companies”

17,000 million euros of investment are foreseen for the construction and real estate development, which will generate around 52,000 million of economic impact in the following 30 years. The large urban development operation will begin in 2024 through the urbanization of the area closest to Las Tablas, and in 2025 that of the business center and area of ​​Malmea-Tres Olivos, in Fuencarral.

In the residential and tertiary promotion phase of the development, a necessary investment of 10,105 million euros is estimated, which will generate more than 37,000 in the same period.

This is the largest urban development project to be carried out in Europe in the next 15 years.