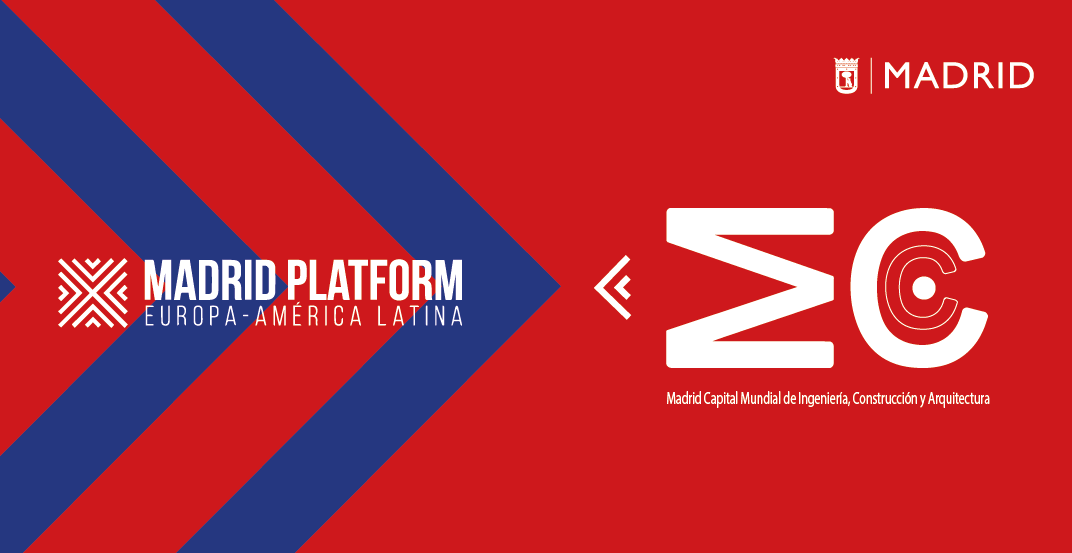 MSH Global, through the company Madrid Eventos Congresos y Convenciones (MECC) and MWCC, have established a collaboration agreement with the aim of consolidating the ground to cooperate with the holding of the “Madrid Platform” event in May 2021, and promoting thus the creation of dynamics between public and private actors on the Ibero-American scene.

The Madrid World Capital Association of Engineering, Construction and Architecture, is a project promoted by the Madrid City Council in 2016 and it is an association formed by public and private entities, companies, universities, architecture studios and engineering companies. The association aims to improve the quality of life of citizens, promoting the sectors in which Madrid had a competitive advantage.

Thus, MWCC has seen in this alliance an opportunity due to the multisector nature of Madrid Platform, which has the strategic support of the Madrid City Council to connect SMEs and European and Latin American institutions, making Madrid a backbone platform for the business fabric of the different regions of the country, with the aim of boosting its international projection, valuing all its expansion and export capacities.

The president of MWCC, David García Núñez, assures that “both entities can work together to promote the city of Madrid, attract investment and export knowledge.” In this way, the MWCC would be closely linked with the first international business hub Europe-Latam.

MWCC thus becomes part of the ecosystem of companies and institutions that Madrid Platform is setting up with the aim of promoting Madrid as a business exchange nexus and business bridge between Europe and Latin America.

Madrid Platform was born to cover the need for a natural meeting space for companies in Europe and Latin America and proposes Madrid as a strategic business link for both continents. The project, which has the active support of the Madrid City Council, aims to connect SMEs from different sectors through one-on-one meetings to explore real business opportunities as well as press the opinions of numerous experts on the future of work based on the so-called “new normal”.

Along these lines, the organization is preparing a mixed event (physical and virtual) in May 2021, with the aim of starting a conversation with expert agents around the main topics of interest on the global agenda and, specifically, aspects that directly affect Ibero-American countries. The event expects the participation of 500 companies and institutions, 20 countries, 3,500 attendees, more than 3,000 meetings and 300 businessmen and investors.

During the presentation of the project by the Madrid City Council on October 7 (read report), the Vice Mayor, Begoña Villacís, assured that the project “was already part of the City Council’s reactivation strategy” and that “we should become the best city in the world to work for ”and to be a benchmark in the generation of business ideas to face the new post-COVID-19 business context.

Through this new stage of collaboration, all business entities attached to MWCC that so wish will be able to form part of the database of Madrid Platform and participate in the one-on-one meetings that will take place during the Madrid Platform event and which may be extended once the event is over. These meetings or ‘business roundtables’ are face-to-face meetings, specifically designed to increase the rate of business closure for companies that attend the event, either in person or virtually. From Madrid Platform and thanks to the more than 20 years of experience of their organizing company, they claim to be able to set up a multi-sector meeting agenda with entities that have previously shown a willingness to synergy with other participants.

In this way, MWCC will have access to one of the most innovative and visionary business meeting points, which stimulates Madrid’s position as a link between countries and continents, culturally, institutionally and corporately.

In this sense, MWCC celebrates the commitment of the Madrid City Council by strategically supporting Madrid Platform among its recovery levers, in order to consolidate the city as a bridge for companies and institutions throughout Europe and Latin America.

In the same vein, the Managing Director of Madrid Platform believes that the interest and participation of the MWCC will be of great value to the companies and other institutions with which Madrid Platform is promoting the city of Madrid as an International Business Hub and natural territory of business. Morales has personally invited MWCC to take an active part in the 3,500 meetings they are planning, the result of which he estimates “will have a success rate of more than 60% in terms of business closings”, as well as in the content program that they will hold during the days of the event, and where Global Finanz could actively contribute by participating in any of the program’s activities.

The Madrid World Capital Association of Construction, Engineering, and Architecture, is a project promoted by the Madrid City Council in 2016, it is an Association formed by public and private entities, companies, universities, architecture studios and engineering companies.

The project was born with the aim of improving the quality of life of citizens, promoting the sectors in which Madrid had a competitive advantage and, at the same time, met two requirements: high qualification of human resources and intensive use of technology . Thanks to more than 100 interviews with experts and different round tables, they drew up a Strategic Plan for the Sector for Madrid, the first milestone of which was the constitution on March 4 of the Association «Madrid World Capital of Construction, Engineering and Architecture ». This document includes three main objectives: to promote these activities in the City and in Spain, to consolidate the international leadership of our companies and to make Madrid visible as the world reference center in our sector.

The MWCC believes that there is not enough awareness of the enormous potential that resides in the City and, through this project, they want to take advantage of the entire ecosystem of Madrid, unique in the world, to achieve the objectives indicated above and thus contribute to greater well-being of the population.