The City Council presents the MP21 Madrid Platform and Madrid World Capital of Engineering, Architecture and Construction projects to the Forum 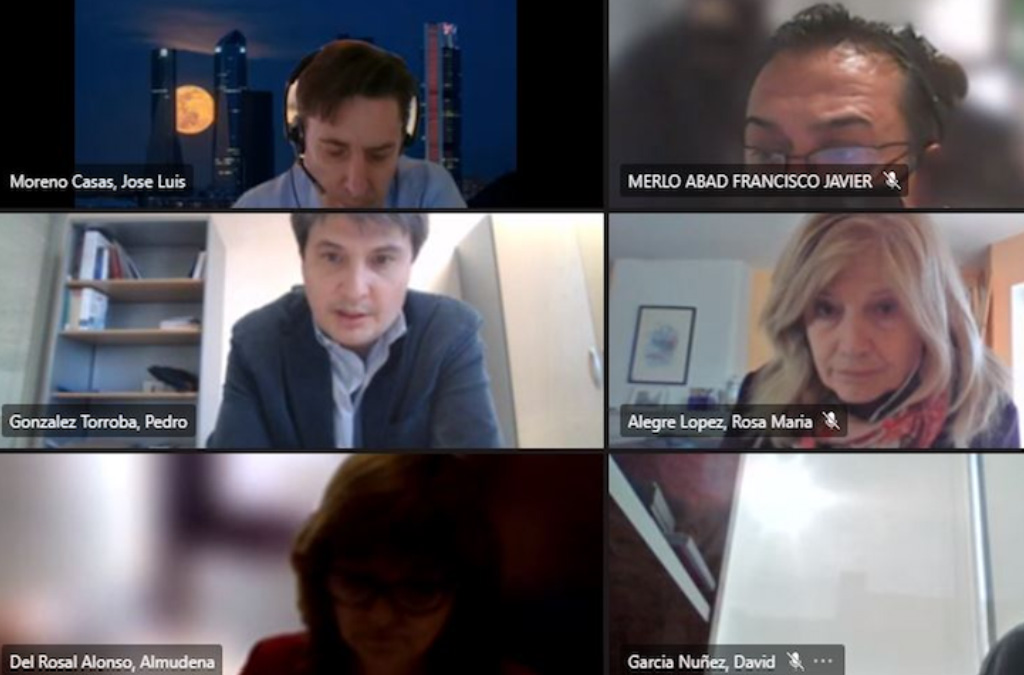 These are the projects MP21 Madrid Platform and MWCC, Madrid World Capital of Engineering, Architecture and Construction. Promoted from the Area of Economy, Innovation and Employment. The Madrid Business Forum and several of its members met on March 11 in a virtual meeting to listen to representatives of the City Council and those responsible for its design and development.

The general coordinator of Economy, Trade, Consumption and Partnership, Pedro González Torroba, who moderated the meeting, thanked the members of the Forum for their work in favor of the economic and social improvement of the city and the citizens and applauded the success of the formula of the public-private partnership on which its support is based.

He pointed out that both projects seek the internationalization of the Madrid economy and attract investment. In the case of Madrid, the World Capital of Engineering, Architecture and Construction, it is the largest cluster that the city now has active, which highlights the importance that this sector is gaining, he said.

The general director of the Economy, José Luis Moreno Casas, stressed that they are two ‘summation’ projects that carry the image and the ‘Madrid Brand’. He also explained that, although with more travel, the two major milestones of both MP21 Madrid Platform and MWCC are two major events that will take place in May and December respectively.

Regarding the MP21 Madrid Platform project, its general director, Carlos Morales Sánchez, pointed out that the purpose is to turn the city into the natural meeting place for companies in Europe and Latin America. In this sense, he recalled that in the last three years a figure of around 40,000 million of investment flow has been handled from the American continent.

The idea is to create an international business hub between the two. For this, a platform and an event have been designed, which will take place between May 10 and 12 at the Palacio de Cibeles in a mixed format (physical and virtual), and which was created with the ambition to be repeated annually. Morales explained that within the framework of the event, two types of meeting format have been organized: Agora and Business Rounds. In addition, forums, seminars and workshops will be organized on various ‘verticals’: Ecological Transition, Human Rights, Digital Disruption, etc.

Regarding the MWCC project, Madrid World Capital of Engineering, Architecture and Construction, its president, David García Núñez, pointed out that its origin dates back to 2016, but that it was not until March 2020 when it was formed the Association, with 105 entities, among which there are construction companies -among them the six most important in the world- universities, companies, technological institutes …

Among its objectives is to shape innovative city models that are exportable and make Madrid and Spain a hub for innovation, sustainability and responsibility, and a world benchmark in the field of engineering, construction and architecture. Also, promote the formative leadership of Madrid and Spanish universities and business schools.

One of the first major milestones of the Madrid World Capital Association of Construction, Engineering and Architecture, which has also joined the MWCC, has been to impose itself on capitals such as Lisbon or Berlin to hold the European Congress of Infrastructures and Technology in Madrid, ECTP. It will be in person, at the Palacio de Cibeles, from December 1 to 3.

Finally, the technical secretary of the Madrid Business Forum, Almudena del Rosal Alonso, who intervened to present the ‘Roadmap of the 2021 Action Plan’ of this public-private platform, pointed out that both projects fit in with the ambition of the Forum for advancing in the internationalization of the Madrid economy and in promoting the ‘Madrid Brand’.