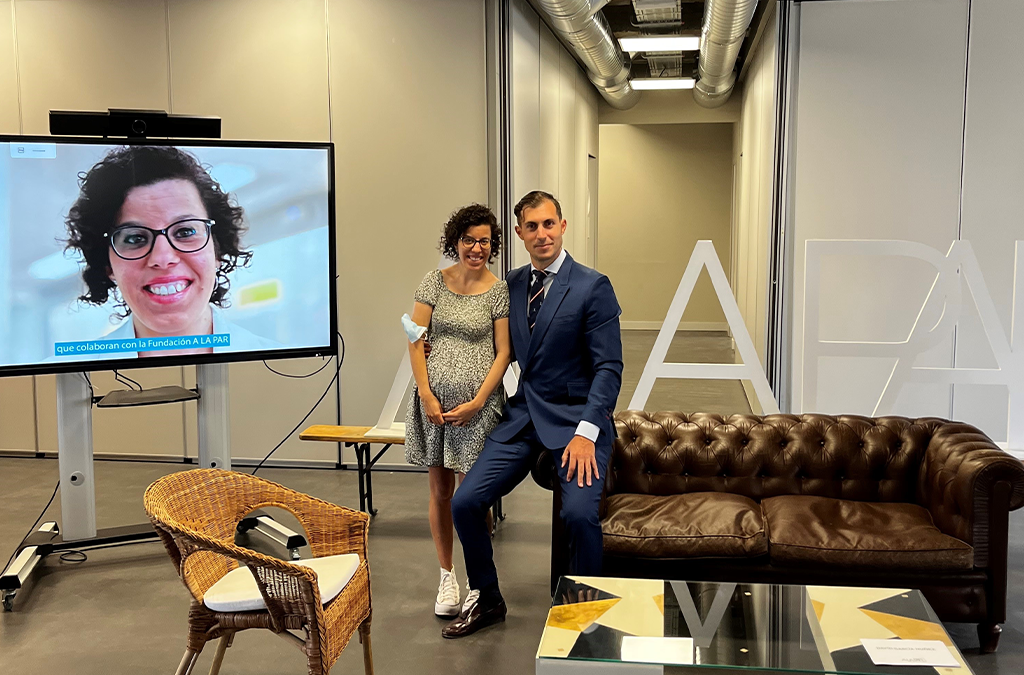 The construction and design of accessible cities continues to be one of the greatest challenges for the administration; integral and multilevel accessibility, adapted and adaptable for all. It is within this framework that the A LA PAR Foundation, represented by its President Almudena Martorell and David García Núñez, President of Madrid World Capital (MWCC), decided to hold the first edition of the Conference on Accessibility in New Urbanism and Construction in the headquarters of the Foundation; a day that represents a further step in the collaboration agreement signed by both entities nine months ago.

The President of MWCC García Núñez opened the event highlighting that Madrid is experiencing unprecedented urban development and that this growth of the city must be done from sustainability, innovation and accessibility. “In order for Madrid to continue to be the economic locomotive of Spain, it is necessary that all people, absolutely all people, be able to join the city”.

The Conference continued with the broadcast of an emotional video in which María Fernández, a former student and user of the Foundation, narrated her day-to-day life; a minute and a half that tried to reflect that, as long as people with intellectual disabilities have the necessary support, a full, autonomous and independent life is possible.

Raquel Cárcamo then introduced the round of presentations with an initial intervention by Delfín Jiménez, a professional who focused her intervention on the importance of building cities to live and inhabit, where diverse activities are carried out, linking this diversity to the people who inhabit the city. ; In this sense, he made a parallelism between the diversity of activities that the city has to offer with the diversity of people who live in it. In the words of the COAM representative, “a city must be for all people, in its different spaces and for different uses.”

Gema del Pozo, on behalf of Madrid Nuevo Norte, described the participatory process from which the Castellana Norte District project has been developed from the point of view of accessibility; both during the construction period and in the future.

Finally, the culmination of the Conference was represented by the President of the A LA PAR Foundation, Almudena Martorell Cafranga, as an entity that works for the rights and participation of people with intellectual disabilities in society. Following the founding purpose, the President underlined the importance that, also in this aspect, “no one is left behind; to achieve the Madrid we dream of, we cannot leave anyone behind”, she stressed.