MWCC supports Caminos Meeting Point, a meeting and training point for the students of the Polytechnic of Madrid is born 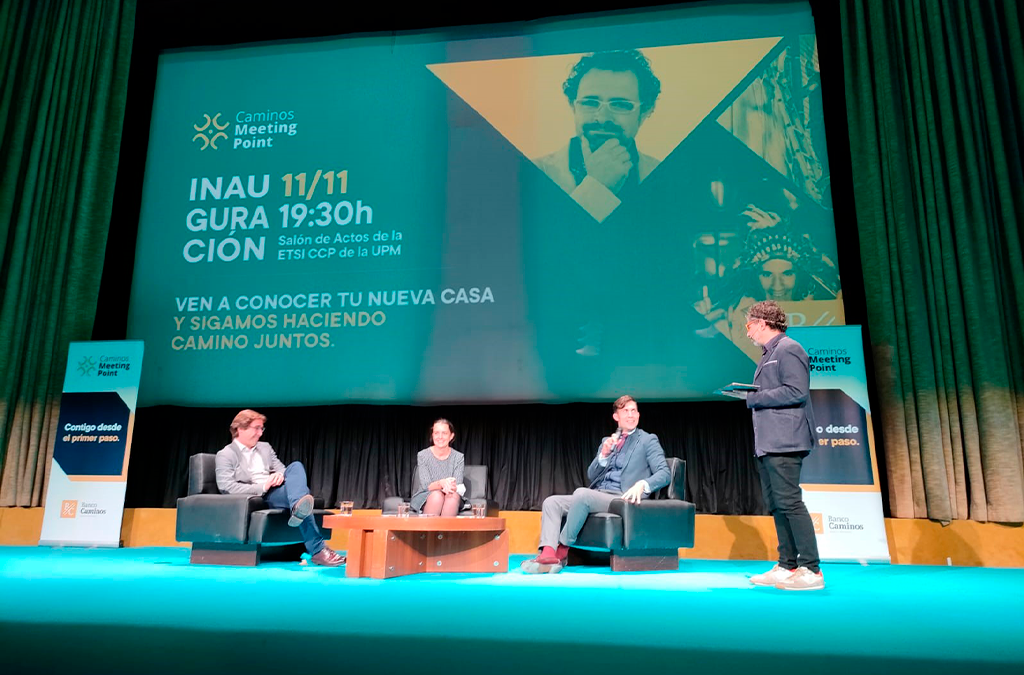 Resilience, excellence and confidence in the quality of the training received were three of the ideas that marked the presentation of Caminos Meeting Point, the new space of Banco Caminos at the Polytechnic University of Madrid (UPM) and that MWCC supported. Caminos Meeting Point, an open space that looks to the future, offers students, teachers and the rest of the university community a meeting point and an offer to expand their training and respond to financial and professional needs. This new space of Banco Caminos is located in the Higher Technical School of Civil Engineers, Canals and Ports of the UPM.

The three reviewed their respective careers, which have led them to stand out and perform professionally in different ways. The president of MWCC spoke of a “vocation of service”, something that he knew from a very young age, when at the age of 18 he began to work in the Cabinet of the Presidency of the Community of Madrid, to later achieve different positions in the private sector, to the time he volunteers in his spare time with Samur.

Banco Caminos is a Spanish banking entity whose activity has been linked since its birth to the collective of road, canal and port engineers (ICCP) as well as to other professional activities and sectors close to them. The entity was born in Madrid in 1977 as Caja de Crédito of the Colegio de Ingenieros de Caminos, Canales y Puertos Sociedad Cooperativa, and in 2008 it became Banco Caminos S.A. It has its registered office in Madrid. In 2014, Bancofar became part of the Banco Caminos-Bancofar Group, which in 2018 was renamed Caminos. Firmly based on its commitment, its transparency and its passion, Banco Caminos has started a new and exciting stage with the desire to grow and evolve as a private bank, always with an eye on being the best travel companions for its clients and offering a added value to society.