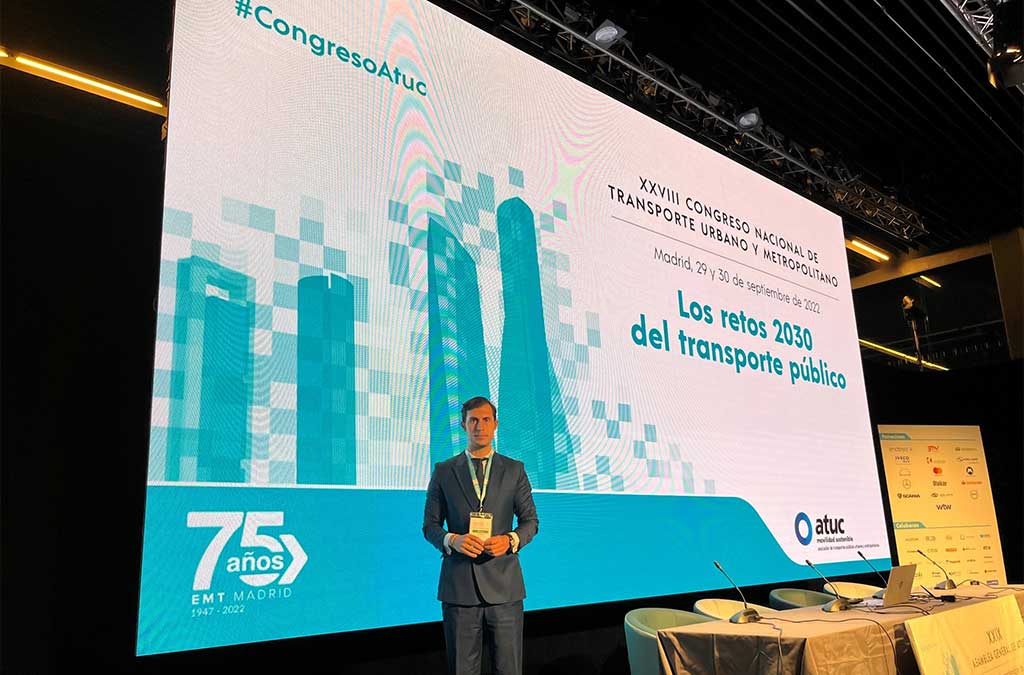 MWCC has participated in the XXVIII National Congress of Urban and Metropolitan Transport, organized by ATUC and the Municipal Transport Company (EMT).

The Congress has welcomed numerous representatives of important operators and organizations from the urban transport scene from all over Spain. Madrid is the host city of a conference sponsored by the Association of Urban and Metropolitan Public Transport (ATUC), with an extensive program of round tables and presentations on highly topical issues, as well as parallel technical sessions.

In the twenty-eighth edition of this national congress, the slogan “The 2030 challenges of public transport” has been set. More than 400 attendees have attended these two days of congress.

The conference brought together more than 80 urban transport operators from all over Spain, thanks to the development of topics such as the digitization of trains, autonomous driving and the 2030 Strategy, among others. During the congress, in addition, the III National Prize for Research on Urban and Metropolitan Mobility was awarded.

European strategy towards the horizon of 2050

Europe needs a new growth strategy that transforms the European Union into a modern, resilient, resource efficient and competitive economy. This strategy foresees that by 2050 there will be no net emissions of greenhouse gases throughout the continent and that economic growth will be decoupled from the use of resources.

This new European strategy has materialized in the EU’s Green Deal, a plan that includes fifty specific actions to combat climate change and aims to make Europe the first climate-neutral continent within the year 2050. The objective of this Green Deal is for Europe to have a clean economy, with zero emissions to protect the natural habitat and improve the well-being of people and companies.

Following this line of decarbonization set by the EU, EMT has committed – and has made large investments in recent years – to the total elimination of diesel in the Madrid fleet by the end of the year and the gradual incorporation of less polluting bus models, based on CNG, and “zero emissions”, powered 100% by electricity.