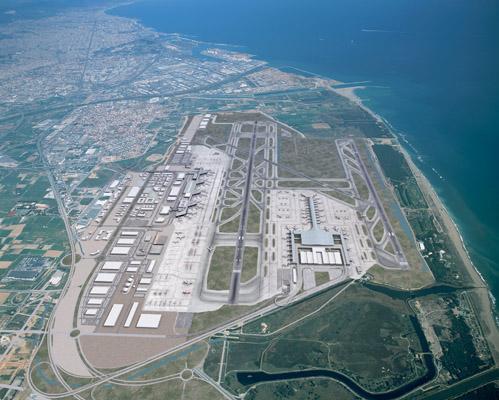 This translates into the unlocking of the 1,704 million euros foreseen for the execution of the AENA Master Plan, which will allow increasing the airport’s capacity from the current 55 million passengers to 72, to turn it into an international hub for connections with America and Asia.

The expansion of this airport is supported by the increase in passengers it has had in the last ten years, going from 29.2 million in 2010 to 52.7 million in 2019, which represents an annual growth of 6.8%. If this rate is maintained, the first year of normality after the pandemic would reach 56.4 million passengers, exceeding those 55 million maximum capacity.

The investment, made over six years, will have a significant impact on the Catalan and Spanish economy, generating 13,289 direct jobs and a GVA of 764 million euros.
The indirect impact, caused by the carry-over effect of investment, is estimated at 633 million euros and 11,912 jobs.

For its part, the induced effect, caused by the increase in consumption thanks to the income generated, represents another 903 million euros in terms of GVA and 16,575 jobs.

The MWCC Association considers that these investments should be made under criteria of sustainability and excellence that serve to export the image of Spain abroad and consolidate the international positioning of Spanish construction, engineering and architecture companies for which international turnover represents between 75% and 90% of the total.