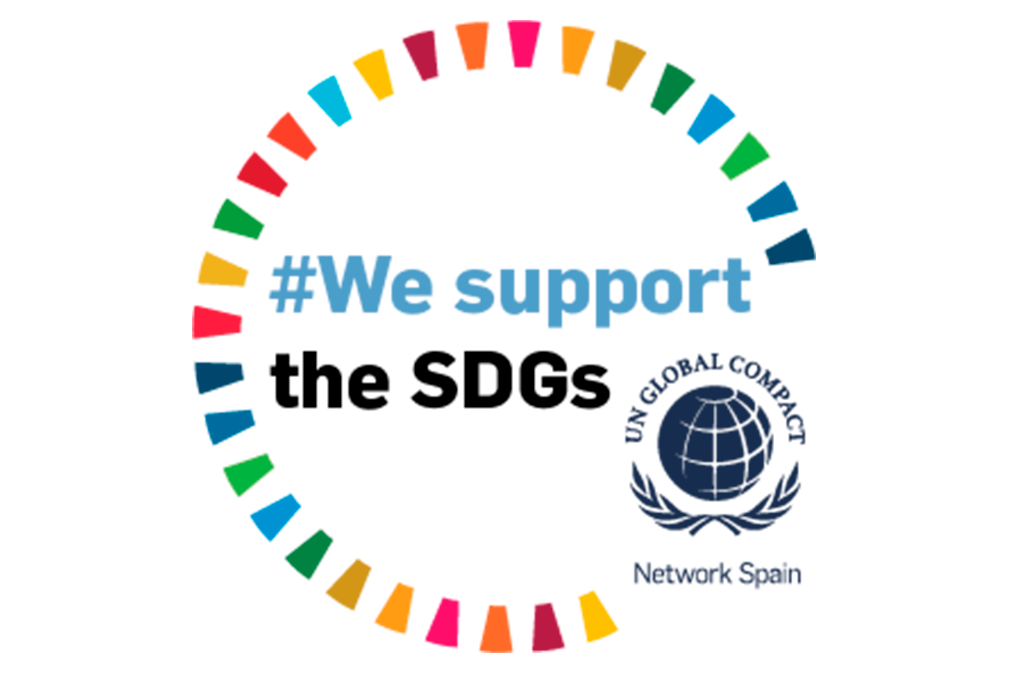 With the intention of contributing and promoting the mobilization of society in the Decade of Action, MWCC joins the # wesupportSDGs campaign launched by the United Nations Global Compact Spain, an initiative to which it belongs, to work on the dissemination of these Objectives of the United Nations. The objective is to act, from their own commitment to the SDGs, as a speaker and achieve a multiplier effect so that they get to know each other and work.

MWCC was one of the first construction companies in Spain to join the UN Global Compact initiative, the world’s largest sustainability initiative. Since the approval of the 2030 Agenda in 2015, in addition to its commitment to promoting the Ten Principles, it has worked to align its corporate management with the SDGs, where it finds new business opportunities, improves relations with its stakeholders and promotes innovation. In this sense, MWCC has established a series of commitments and good practices aligned with its strategy.

With this type of action, the United Nations Global Compact Spain and its member organizations seek to contribute to the 2030 Agenda and its 17 Sustainable Development Goals, work that, in these moments of crisis and uncertainty, is configured as the formula to create the sustainable future that the world needs.

Promoting the contribution of companies to sustainable development. It has been six years since the United Nations General Assembly approved the 2030 Agenda with its 17 Sustainable Development Goals (SDG), unanimously by the 193 participating States, including Spain. “Leave no one behind” is the axis of the agreement. The SDGs aim to end poverty and hunger, reduce inequalities and tackle urgent challenges like climate change.

To achieve such an ambitious Agenda, the necessary participation of all was agreed: governments, companies, civil society and citizens from all over the world. Its strength comes from the universal character of the agreement and the ambition of its 169 goals. Achieving them requires an unprecedented effort on the part of all sectors of society; and companies have a very important role to play in this endeavor. Achieving the SDGs requires combining the drive of the public sector, companies, investors and civil society.

With less than ten years to comply with the 2030 Agenda and its 17 Sustainable Development Goals (SDG), the Secretary General of the United Nations, Antonio Guterres, has called on all sectors of society to mobilize in this “Decade of action”.

The “Decade of Action” calls for accelerating sustainable solutions to the world’s major challenges; from poverty and gender equality, to climate change, inequality and closing the financial gap. Businesses have a very important role to play in this endeavor.